Though ABA therapy is backed by a healthy amount of research, some remain skeptical of its effectiveness and morality — including some adults on the Spectrum who previously received ABA therapy themselves.

A lot of this controversy was initially triggered by a landmark study conducted back in 1987 by Dr. Ole Ivar Lovaas, often cited as the ‘pioneer of Applied Behavior Analysis.’

Lovaas is now heavily criticized for employing aversive therapy techniques throughout the course of the study. For instance, aggressive and self-stimulatory behaviors were reduced by ignoring the children or putting them in time-out, or as a “last resort,” behavioral therapists would yell a loud “no” or slap the child on the thigh.

These harsh behavioral techniques certainly wouldn’t be accepted in our world today, which means those findings of Lovaas’ study that were undeniably compelling are the ones we focus on today: Of the experimental full-time ABA therapy group, 47 percent of the children achieved goal intellectual and educational functioning, contrasted to a mere 2 percent of the control group.

Some people who oppose ABA therapy are adults on the Spectrum who received earlier forms of no longer acceptable ABA therapy as children. Amy Sequenzia, a non-speaking Autistic in her 30s, tells The Guardian that

“being trained to obey, and to force our brains to do things in a way they are not wired to do, causes long-lasting pain or makes autistics learn the ‘correct’ answers and ‘behaviors’, while keeping their autistic essence buried and unexplored.”

However, ABA therapy has come a long way since its conception in the 1970s. ABA therapists no longer use the negative reinforcement techniques that are seen as harmful.

Instead, the therapy focuses on reinforcement to build up skills in developmental areas of concern.

“Over the years, ABA has become more of a touchstone — an approach based on breaking down a skill and reinforcing through reward that is applied more flexibly,” according to Spectrum News. “No two children’s programs may look alike.”

Dr. Annette Estes, a professor of speech and hearing sciences at the University of Washington in Seattle, tells Spectrum News that the worst stories she’s heard aren’t from individuals who received traumatizing ABA therapy, but rather those who got no therapy at all.

These untreated individuals endured harsh bullying and lacked insight on how to make friends or handle social situations, according to Estes. “I get letters from people begging us to expand services to adults to help them learn how to date and be less lonely and isolated.”

“Applied Behavior Analysis therapy has helped many thousands of children with autism reach their highest potential,” says Amy Brown, a Board-Certified Behavior Analyst (BCBA) at Action Behavior Centers, an ABA therapy center in Austin, Texas.  “I’m proud to be a part of this field that’s able to give hope and a future to these children.” 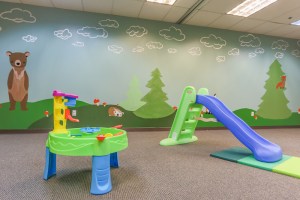 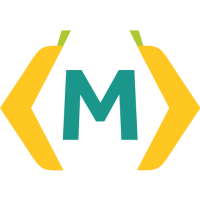